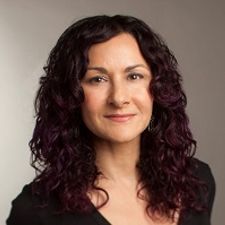 Laura Boton is owner and founder of the salon series, Sine Qua Non Salons, Chicago. Laura began her salon career at Pivot Point in 1987. Sine Qua Non Salons opened its doors in 1993 and has been voted "Best Hair Salon" in Chicago many times over the years. They continue to stay on top of the industry after 27 years, by focusing on education and culture. Sine Qua Non Salons is known for its Stylist Advanced Training Program, where new stylists develop expertise in both cuts and color. Sine Qua Non caters to artists, musicians, and everyday Chicagoans and is the go-to salon for Chicago's creative communities. Laura is also an accomplished Singer/Songwriter and studied classical voice at De Paul School of Music before attending Beauty School. Sine Qua Non Salons has three locations on the North Side of Chicago, catering to the uniqueness of the neighborhoods they serve.