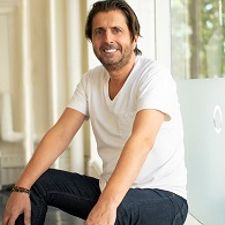 Originally from Italy, Antonio’s hairdressing career began in England where, at only 16, he landed a job as apprentice to Raymond Bessone. Bessone, known as Mr. Teasy Weasy, was internationally renowned. Solimeno studied intently there for four years before setting up his own shop in Cambridge, England. Life and an enterprising spirit led Solimeno to the United States and, in 2013, he opened the now-acclaimed Antonio Salon. A healthy work-life balance, inherent in his European roots, would define the culture of his Seattle shop. He envisioned a bright, modern space that clents would love to visit as much as his team would love to work in. Solimeno cultivates a happy, creative environment where he can see clients—meticulous cuts are his forte—as well as use his 30 years of experience to mentor apprentices.